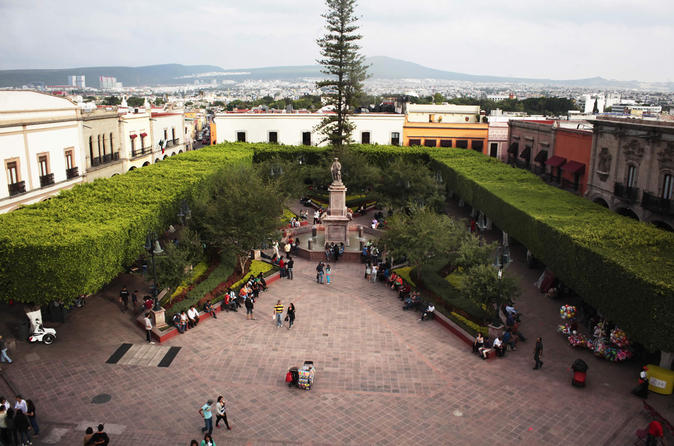 An excursion to the heart of Mexico. Querétaro and San Miguel de Allende: centuries of history, art and culture.

We will visit a very important colonial city: Queretaro.

We will go to the center of Querétaro. This city is considered as one of the "cradles" of the Independence of Mexico and much of the credit is granted to Josefa Ortiz de Dominguez. She was the wife of the mayor of the city, then called "corregidor", at the beginning of the 19th century. There you will find beautiful and interesting colonial buildings, squares and corners full of history.

Another attraction of Querétaro is its huge aqueduct, which consists of seventy-four arches.

We will continue our program to reach the magical town of San Miguel de Allende.

There is the Allende Institute, the oldest enclosure of San Miguel de Allende, and a key piece of its history.

The Nigromante is another historical monument, where today there are various art exhibitions. This enclosure in addition to being an architectural jewel keeps murals of David Alfaro Siqueiros, Pedro Martinez and Eleanor Cohen among others.

In the heart of San Miguel we will visit the Parish of San Miguel Arcángel that has become the symbol of the place. Anyone who passes by, marvel at this majestic temple. Although its construction dates from the end of the seventeenth century, Zeferino Gutiérrez completely changed its façade inspired by cathedrals of Europe between 1880 and 1890. It could appear to break with the colonial style of the square, but it is imposed on anyone who passes.

An excursion to the heart of Mexico. Querétaro and San Miguel de Allende: centuries of history, art and culture.